With the "dual carbon targets" in place, accelerating the establishment of a new power system on the basis of new energy has become the focus of the industry, academia, and research circle in respect of power electronic and power systems. The 2022 Delta's New Power Electronics Technology Seminar hosted by Delta and co-hosted by Harbin Institute of Technology was held from August 19 through 21 in Wujiang, Suzhou. With more than 300 participants at the event, Delta invited experts, scholars, teachers and students in the fields of power electronics and power systems to engage in-depth exchanges on the issue of energy transition at Delta's Power Electronics New Power System Summit Forum. Mr. Bruce Cheng, founder and honorary chairman of Delta, announced at the event that the special fund for “New Power System Special Project for Power Electronics”will be added starting from 2023 on the basis of the two science and education programs and in addition to the original 10 cooperative universities, North China Electric Power University and Hunan University, both of which are famous in the field of power systems, will be included in the two science and education programs to cultivate interdisciplinary talents to engage in relevant scientific research projects. At the event, the 15 science research projects listed to be funded by the 2022 Delta Power Electronics Science and Education Development Program were also announced. 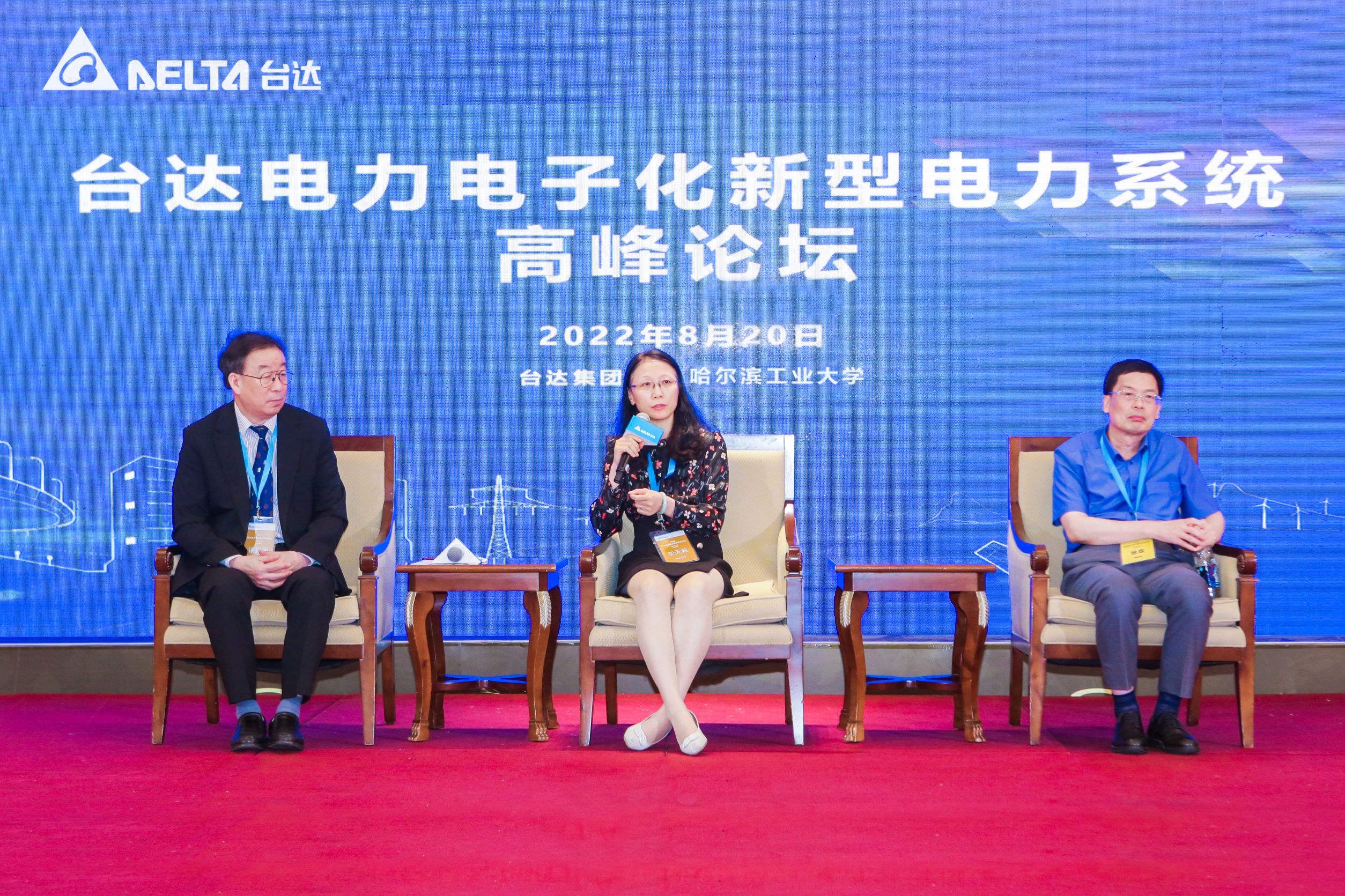 Professor Ze-Yuan Li, a foreign academician of the Chinese Academy of Engineering and the director of the two programs of science and education, stated, "everyone, with the implementation of the dual carbon targets, pays more attention to energy conservation, emission reduction, and the application of renewable energy, thereby accentuating the importance of power electronics. There will be an increasing proportion of renewable energy in new power systems, and more power electronic facilities will be adopted for smart grids. Therefore, with Delta's visionary move to launch the“New Power System Special Project for Power Electronics”, it is hoped that both teachers and students present will work together to continue to develop in the power electronics field and make more outstanding contributions to new power systems in the future."

Mr. Bruce Cheng, stated, "energy transition is one of the keys to addressing the global energy issues and climate crisis. To accelerate the low-carbon transformation and energy transition, it is necessary to build new power systems on the basis of new energy. Therefore, facilitating the integrated development of power electronics and power systems will not only speed up the development of relevant industries and technology but contribute to the mitigation and adaptation of climate change. To enable power electronics technology to be developed in a manner that contributes more to human society, Delta is willing to enhance its support and launch the“New Power System Special Project for Power Electronics” to facilitate interdisciplinary talent training and technological innovation, thereby achieving the dual carbon goals. 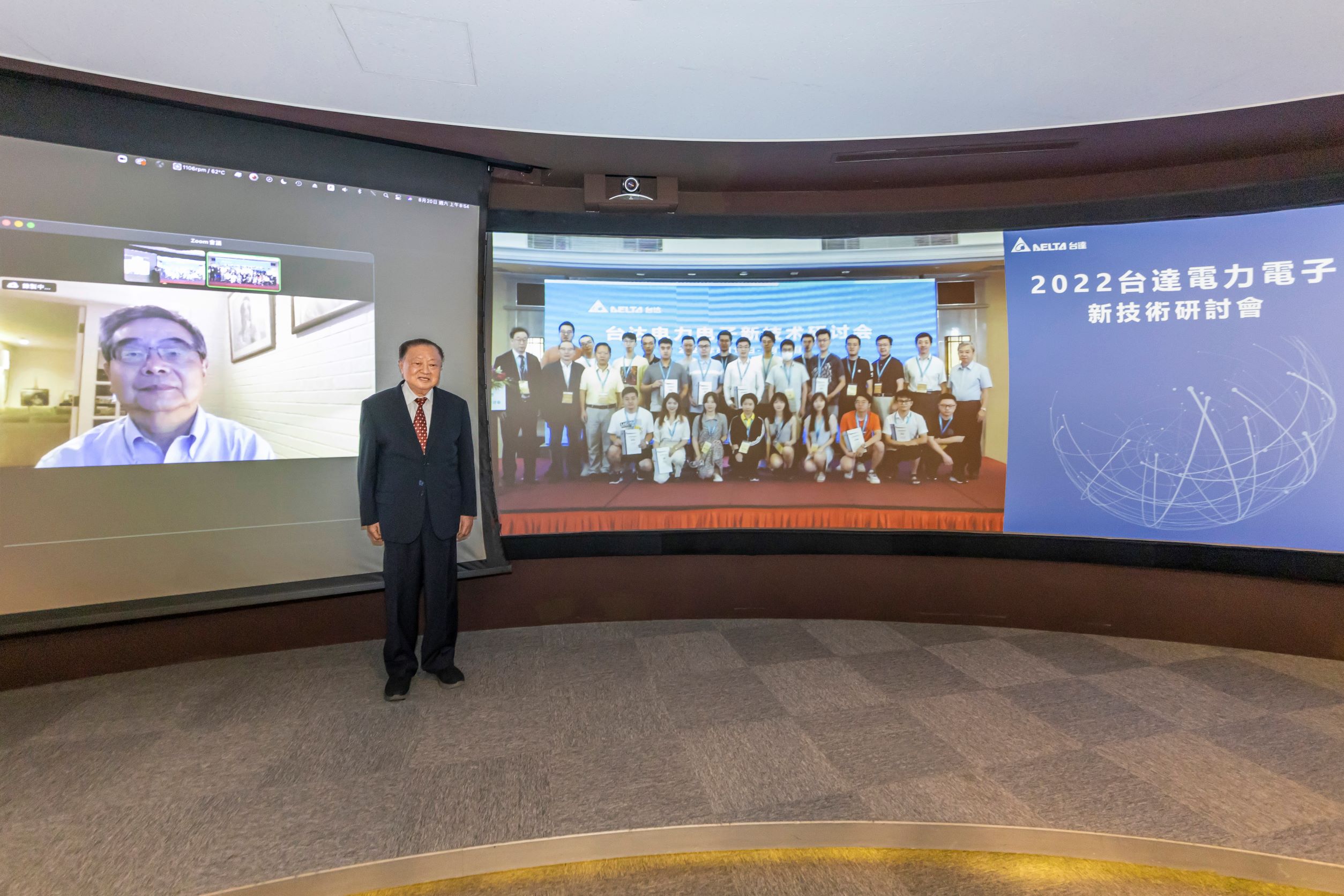 This seminar was held in Suzhou, Taipei, Virginia, U.S. by video conference. Mr. Bruce Cheng (second from left), founder of Delta and Professor Ze-Yuan Li (first from left), a foreign academician of the Chinese Academy of Engineering  took a group photo with Delta scholarship holders.

During the seminar, we held Delta's Power Electronics New Power System Summit Forum for the first time, at which experts believed that it was necessary to strengthen interdisciplinary collaboration in the fields of power electronics and power systems to overcome the scientific issues and technological challenges behind the power electronic power systems, ensure the security of energy supply, facilitate the establishment of new power systems, and accelerate the low-carbon transformation. 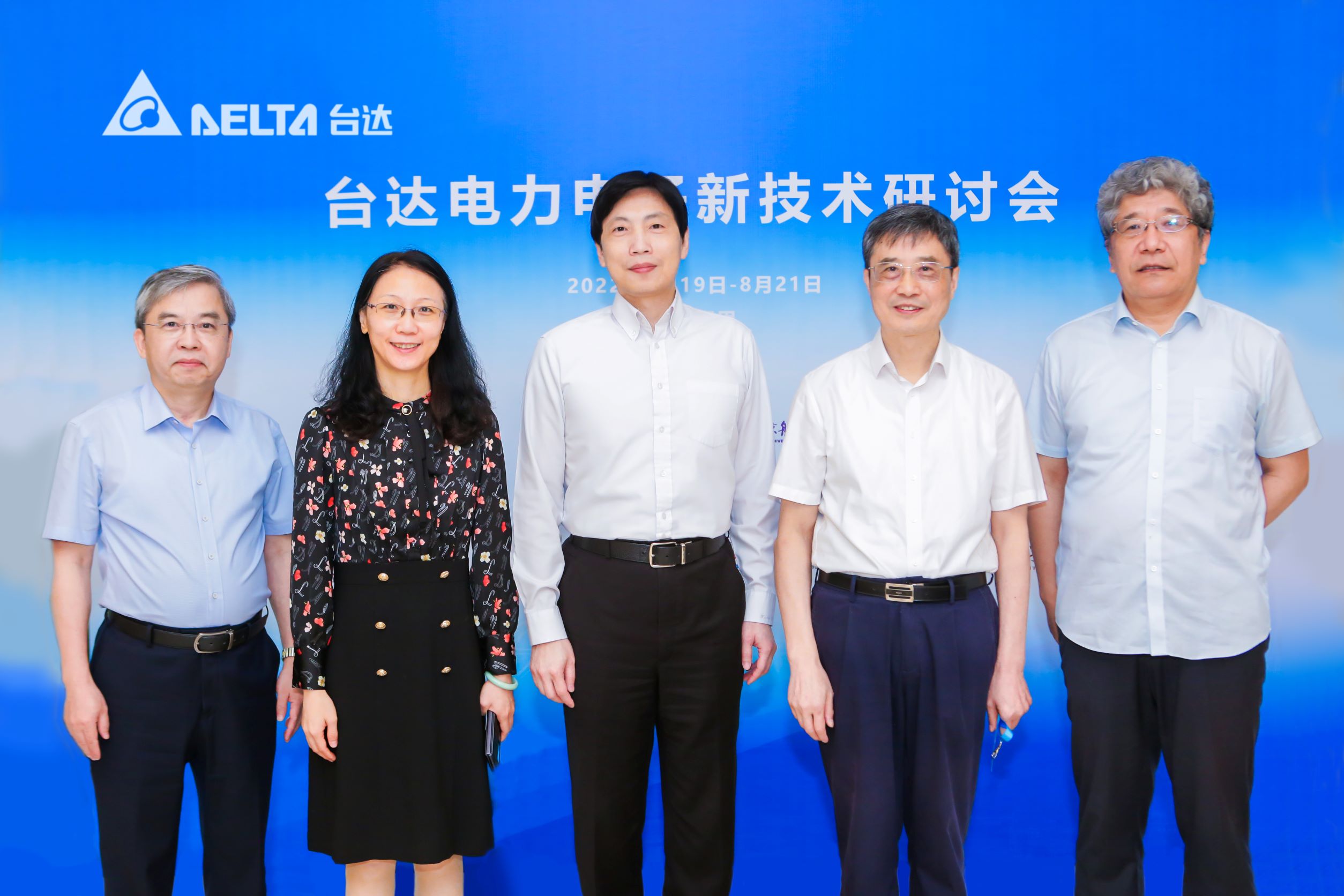 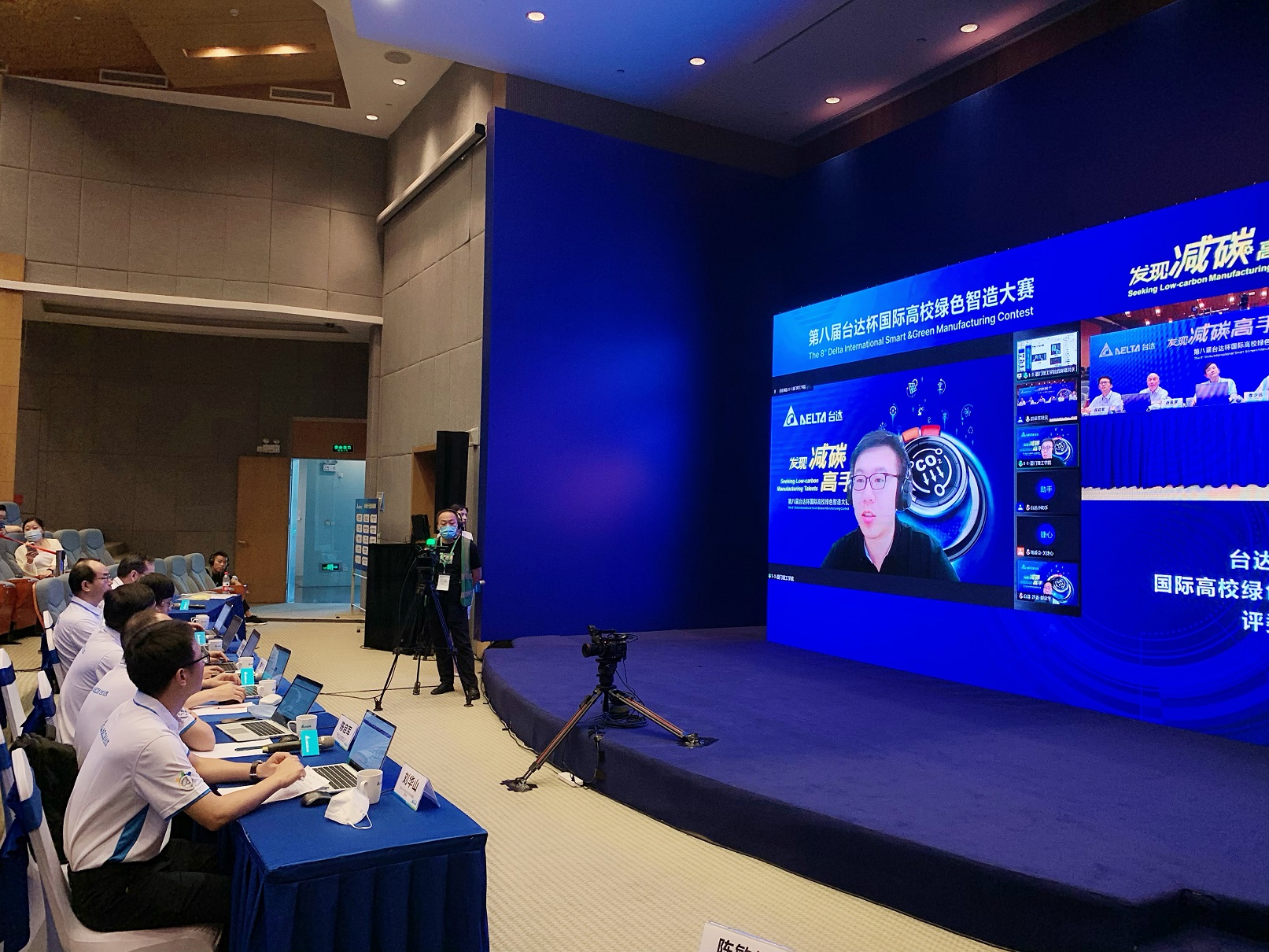 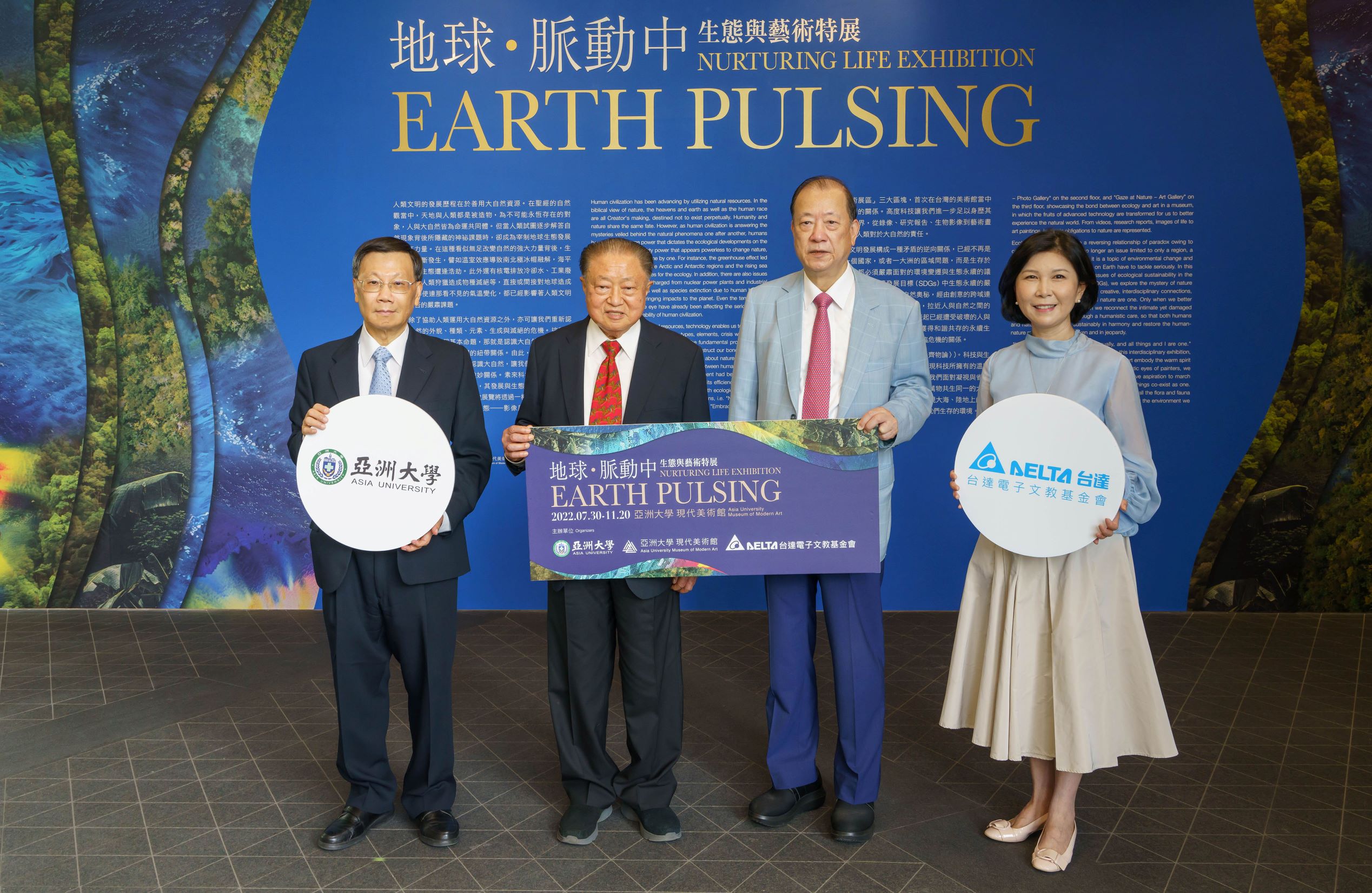